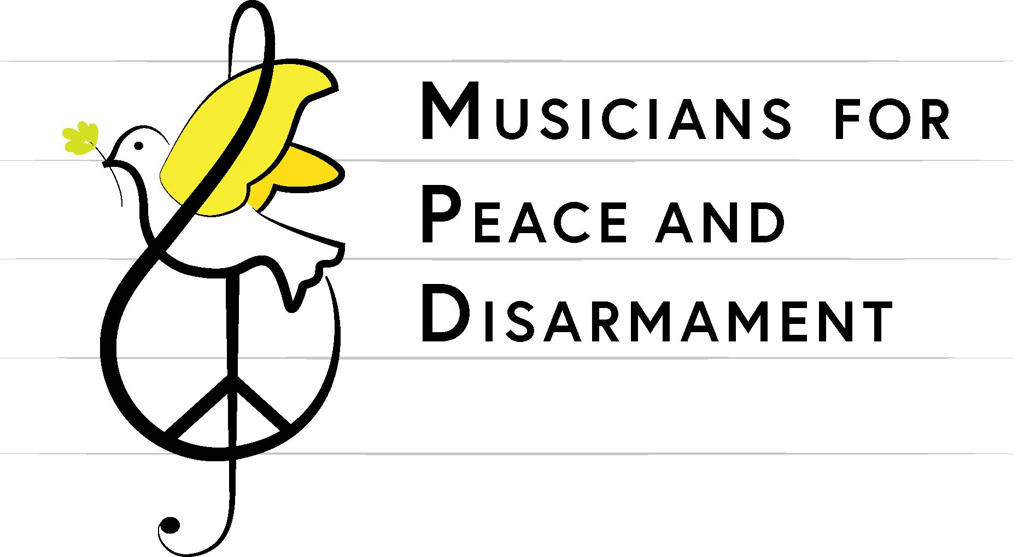 Musicians for Peace and Disarmament was founded in 1983. Originally known as MANA, Musicians Against Nuclear Arms, it was the brainchild of a group of musicians and music lovers who had the idea of organising concerts by professional musicians to raise funds for the peace movement. Since then it has donated over £75,000 to organisations within the peace movement. Over the years many leading conductors, soloists, orchestral players and chamber musicians have taken part in our regular concerts, and continue to do so, with everyone giving their services for free. At most of our concerts a speaker is invited to give a short address. As well as our musical activities we produce a quarterly newsletter. MPD's president is the distinguished guitarist John Williams and our patrons are all prominent and influential figures drawn from many different areas of the musical profession. Our new name, MPD, was adopted a few years back to reflect today's wider but still urgently relevant concerns for world peace. MPD is affiliated to CND and Network for Peace and membership is open to anyone with an interest in music and a desire to further the cause of peace.